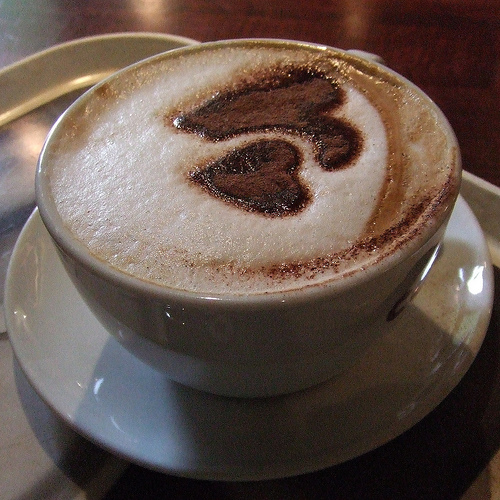 Love doesn’t have to take a back seat in tough economic times. To the contrary, a little bit of creativity will put you back in the driver’s seat and you’ll have fun doing something different from the usual dinner and a movie!

Let’s start with dinner – what is it exactly that makes going out for dinner fun? There’s the novelty of going to a new restaurant or the familiarity and comfort of going to a favorite spot. There’s the anticipation of going out, getting ready, getting out of the house, experiencing the buzz and energy of people and conversations around you and, of course, walking back to the car and going home feeling like you’ve done something more with your time than sitting on the couch watching TV.

But most importantly, there’s the conversation with your special someone – getting to know them, sharing an experience and having fun. But this experience comes at a price! Sure it’s fun to eat sushi or check out that fancy new burger place, but it’ll cost you. If you’re on a budget, you’ll find yourself not going out very often if after paying for dinner, drinks, tax, tip, dessert etc. it eats your entire entertainment budget for the month, or even worse, puts you into debt! That my friend is no recipe for romance.

So what’s the answer? It’s simple – Coffee! Or Tea. Either will do. But, can it really take the place of dinner? Well, think about it – if you take the time to find a funky café with cozy seats and you’re with your honey, what’s not to like? You still have the planning as you do with a restaurant, you’re still going out – to a new part of town you haven’t explored before perhaps. You’re at a table together with lots of other people and couples around you, just like a restaurant. You can people watch, eavesdrop and gossip about the people and conversations around you just the same as you would if you were at one of those places where it ends with a large check on the table waiting for you to pay. You can talk, joke and stare into each other’s eyes just the same.

The only difference is that a couple of coffees are going to cost you around $5 even at “expensive” fancy cafes while even moderately priced restaurants are going to want you to part with more than that for the tip alone! Just don’t get tricked into getting a latte – you’re on a budget and the goal is to be able to go out with your honey as much as possible, not pay for the café owner’s trip to Europe. Coffee is the best deal, so stick with it. When times get better, go out for lobster – twice a day even. But until then, don’t be a shut-in, take your sweetie out and have fun!

Hope you found this post useful! Next time I post here, I’ll discuss how to derive all the fun of going out on a date to a first run 3D Imax movie – again, without breaking the bank. 🙂

About the author: Aleks Oniszczak has followed his own dating advice and has ended up happily married, living in San Francisco working as a QA Engineer at Zoosk. Being Canadian, he enjoys Poutine, skating and universal healthcare.

After laying eyes on Annie, Dana wasn’t sure what to do next. Luckily, he took a chance. “I saw this beautiful lady’s Zoosk account. I didn’t think she would even give me the time of day, but I *winked* at her, and told her who I was and what I was about. Suddenly, she saw...Read More