Congratulations to Ilyssa and Chris from California! 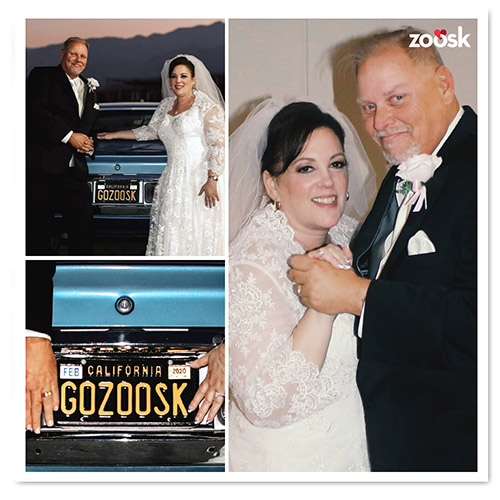 It’s a tale of East Coast meets West Coast for these lovely Zoosk newlyweds! Ilyssa shared how she and new hubby Chris bonded, including discovering each other’s favorite foods! (Is there any better way to bond!?)

“How did a New York girl and a California boy end up together? Well, it all started in 2017 when she moved from NY to CA to escape the snow. No more shoveling, no more getting up early to see if the weather forecaster was right or wrong. No more waiting for any NYC Mayor to screw up transportation. And here she is. He was raised in CA and enjoys all that it has to offer. He moved from Northern CA to SoCal in 2017. Little did he know that she just moved there, too. But soon… She was learning California and making new friends. (You have to do that when you move to a new land.) She wanted to get out and about, so she checked out some local sites. NOPE. Nothing like NY.

He was hanging out in his new neighborhood with his best friend and family. Camping, biking, ATVing. All sorts of things she probably wouldn’t do. Then, she tried some of those dating sites… they weren’t quite right. She Googled (she’s ALWAYS Googling) “Best Dating Sites” and this weird name “Zoosk” popped up. He was doing the same thing. He Googled “Best Dating Sites” and this weird name came up – “Zoosk.” She signed up and went on a couple of dates. She’s a little crazy, so she didn’t put in her “real” location. She put in the next town over. He signed up and went on a couple of dates. Then, he came across her profile and it looked like she lived about a mile away (but she didn’t really). He sent her a message and she responded. They texted through the site for a bit and she gave him her phone number (no, not her REAL number, her other phone that she uses for things like this and rewards clubs).

He called her and they talked. And talked. And talked. They did this a few times. Finally, he asked if she wanted to meet in person. She said yes. She picked a place in Temecula called the “Goat and Vine”. They met. They had good pizza. They talked some more. He thanked her for meeting him “all the way in Temecula”. (These Californians don’t really have a sense of distance, it was only 18 miles from her house.) They had a great dinner and he asked her to go out again. And so they did. Again and again and again. All she talked about was NY and food. He was pretty interested in her Brooklyn accent and her strange eating habits. What’s a riceball? Or a knish? And is there really a difference between a NY bagel and a grocery store bagel? (UMMM… YES!) And they kept going out. And they went to Vegas (he stopped at Cracker Barrel for her). And on the motorcycle and camping in the motorhome (although she really was a Princess and preferred hotels).

She invited him to go back to NY with her for the NY International Auto Show. There, he met her family, had real pizza and bagels. (Yup, better than the grocery store.) And she took home 45 lbs of food from her favorite stores in NY. He got to visit the placed she TAWKED about all the time. And on November 16, 2018, they were having dinner at “Rockafella’s” (a NY style deli in CA) where she ordered… brisket on rye. He got down on one knee and asked her to marry him. She immediately said YES!! They called the kids, they called the family, she posted on Facebook (she’s always posting on Facebook) and they set a date… November 16, 2019 #icdestiny”

Wow, what a great story! And that license plate is beyond amazing. We are so happy that you two found each other, and wish you the very best for your future together!

Are you ready to start your own love story? Sign up here today! If you’ve already met the one using Zoosk and want to share your story, you can share the details here. 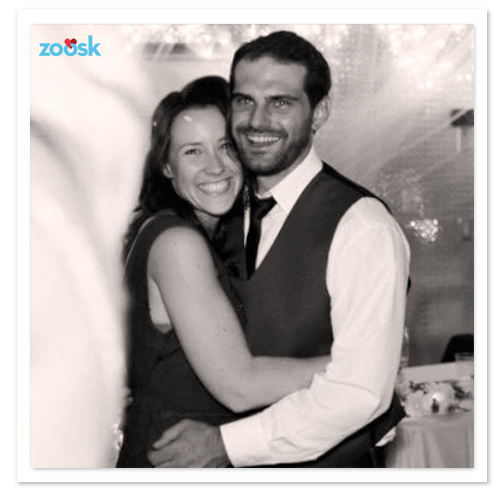 Shannon and Chris just celebrated their two year anniversary and have never been happier. She writes: “I started using Zoosk a little over 2 years ago. While I was searching for the man of my dreams, I noticed that I had to subscribe if I wanted to message people. After 3 days, I decided to delete my account when,...Read More