Congratulations to Karin and Brad from Frisco, Texas! 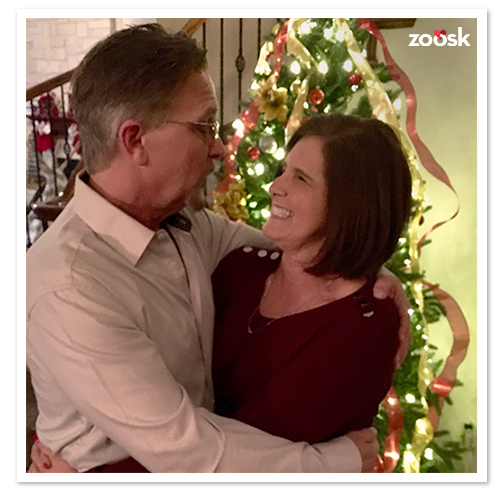 Date outside your comfort zone. Karin is glad she did!

“I’d been on Zoosk for a few months before receiving a heart from Brad. I noticed he lived a few hours from me, so I told him, ‘Thanks for reaching out, but I’m looking to make a connection closer to home.’ He sent me a funny response instead of the usual, ‘Good luck to you,’ so I decided to keep chatting with him. Over the next month and a half, he became my dating coach. I would tell him what guys were saying and asked how I could best respond to secure a date. The more he coached me, the more I realized he had everything I was looking for in a partner. I then told him I was falling for him and we should meet up to see if we have chemistry. We clicked right away and it felt like we had known each other for a long time. After six months, I introduced him to my two kids. He accepted them and they connected with him.

After a year of dating, Brad took me to the Arlington Christmas lights and asked me to read a beautiful poem about us that he had posted on Facebook. I read it several times before realizing that the first letter of every sentence downward read, ‘Will you marry me?’ Of course, I said yes! It was magical. The ring is beautiful and we plan to marry on November 12, 2019, exactly two years from the day Brad reached out.

Looking back, I was about to give up–not having secured a meaningful relationship in over four years. I’m glad I didn’t! And, I will say that neither of us were each other’s type (or at least what we thought was our type). I never thought I would date a man who wore cowboy boots and lived in the country. If I had to do it again, I would definitely be open to meeting someone I may not have initially chosen. I almost missed out on something beautiful and wonderful, and I’m so glad Brad didn’t let me be the one that got away.”

Are you looking to find true love? If so, sign up here. If you’ve already met that special person using Zoosk and want to share your story, please share the details here. 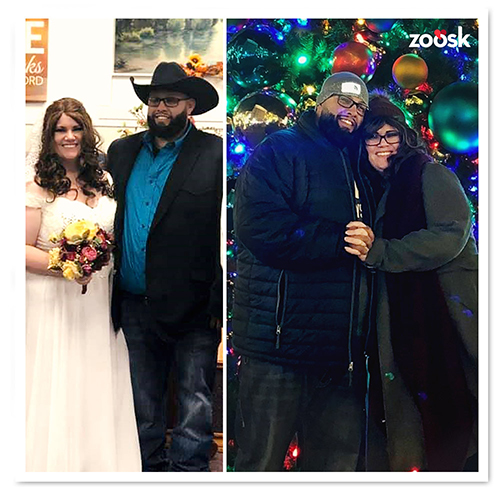 It only took both Tamika and Adrian less than 2 weeks to go from signing up to Zoosk to deleting the app! They recently got married and Tamika is proud to tell others how she met her husband. She writes: “I met the love of my life!! Adrian and I had both only been on...Read More