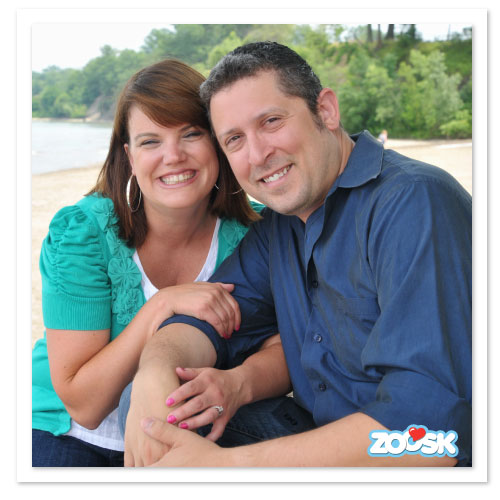 Today’s amazing and inspiring Zoosk success story comes to us from Mike and Kristy of Cleveland, Ohio. Mike’s letter describes their love story better than we ever could, so without further ado, here is is from the man himself:

My Friends at Zoosk–

I wanted to take a moment and share with you my story and how I met Kristy, the love of my life.

After a very non productive marriage, separation, and ultimate divorce, I had did some dating and found that I have swung for the fences, started my trot around the bases, only to find that I struck out swinging. After brushing myself off, I decided that it was time to get back into the game and meet someone. Not being a frequent bar hopper, I knew I needed help. I considered the offers from friends in which the tell you “oh, I have found the right person for you, you will love her”, but I factored in that if that didn’t work, then that friendship could also be lost. I guess that is where the saying “kill two birds with one stone” originated from. Anyways, I knew I needed some help. While toggling through my Facebook feeds, I noticed an ad from Zoosk and decided that I really had nothing to lose. Worst case scenario is I find that I am not ready to date again. I flipped through some profiles and really kind of went by my own guidelines. I went out with a few and at found out there was more to myself than I had thought. At one point, I thought that I would sever myself from online profiles and concentrate more on what I need to be as a person. And then….it happened.

My subscription was going to be up soon so I decided to try one more time. I did the scientific matching and got a hit. Kristy sent me a message saying that we had a lot of similarities and that she enjoyed my profile. As I read more about her, my level of intrigue rose and I found myself reading the same thing over and over again so I could feel as if I already knew her. It wasn’t long after that that our communication started. What started as an errant message from time to time became several text throughout the day, which then became all night instant messaging sessions until the first light of morning. There was something about Kristy that made me want to know more and more. So, it was that time. The time that you strive for in a new meeting of two people. It was the time to meet face to face. And we did…and it was amazing. You can look at a person for the first time and taste utter disdain and regretment due to that instant lack of chemistry. This had the feeling of Fourth of July fireworks off Ellis Island chemistry. Anymore energy in it and NASA would have us under lock and key.

Dating immediately followed and I slowly started my preparation for the other shoe to drop and failure to trick or treat at my door one more time.

Jokes on you, failure.

This one is perfect.

Kristy and I are to wed in two weeks and my excitement to be with her and the future that will escalate from that is at the same as getting that first wink and a message to go with it saying “Hello, I really like what you posted. I was hoping we could chat.”

I want to thank you all at Zoosk for this part of my life which is a gift that is new each and every day. This is what I have been waiting for my whole life, and it was only one click away.

Please join us in congratulating Mike and Kristy on their heartwarming love story. We’re so happy for you two!

To submit a success story of your own, email your photo and story to success [at] zoosk [dot] com. By submitting your success story and image, you agree that your submission is governed by the Zoosk Success Story Terms, as well as Zoosk’s Terms of Use Agreement. Check out more Zoosk success stories here.  Happy Zoosking! 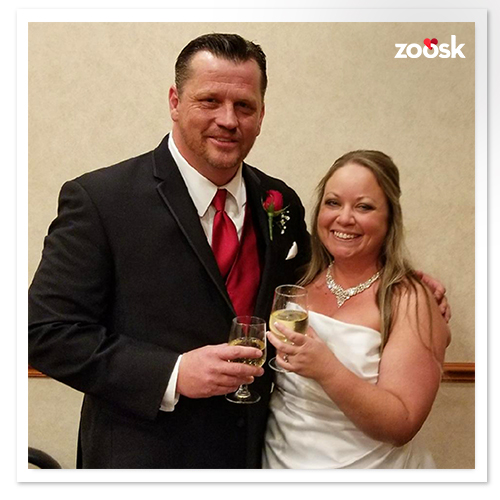 Cheers to Melissa and Ben who tied the knot earlier this month! 🥂 She writes: “About a year and a half ago, I accepted a date from Ben on #Zoosk. I didn’t have super high expectations; I just hoped for a nice meal and conversation. Once I realized how much we had in common and...Read More